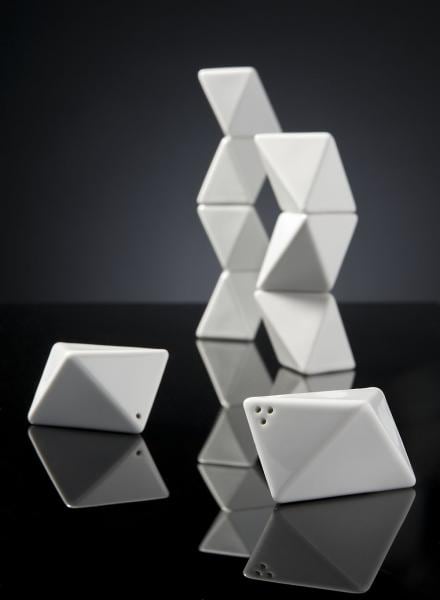 Roman Sedina is the founder of  mark Limited. Limited presents objects aiming to decorate interiors in an unusual and tasteful way. They give the feeling of joy and pleasure and with their aestetic and representative image satisfy both demanding users and their friends.

Roman Šedina was born in 1982 in Bechyne (South Bohemia), the city which was declared the post-war ceramics centre. He studied ceramic design at specialist arts college there. Then he continued with his studies at Faculty of art and design of J. E. Purkyne University in Usti nad Labem and at the same time worked in a studio specializing in porcelain design in Dubi. He extended his studies with intership at professor Ferdinand Chrenka´s studio of interior design at University of Fine Arts in Bratislava. In 2007 – 2008 he worked as an asisstant professor with Pavel Jarkovsky, the academical sculptor,  in the Design of porcelain studio in Dubi. In 2008 he established his own mark LIMITED as the mark of limited original decorative porcelain series he creates. In 2009 he received awards from Carlo Magnoli (a member of  ARTZEPT jury) for his teapot NEO. Roman Sedina often cooperates with producers of utility porcelain and sanitary ceramics, namely Lasselsber Ceramics, Ideal Standard, Thun – Karlovarsky porcelain, Czech porcelain. Roman Sedina also gives lectures on artdesign, porcelain design and ceramic technology. 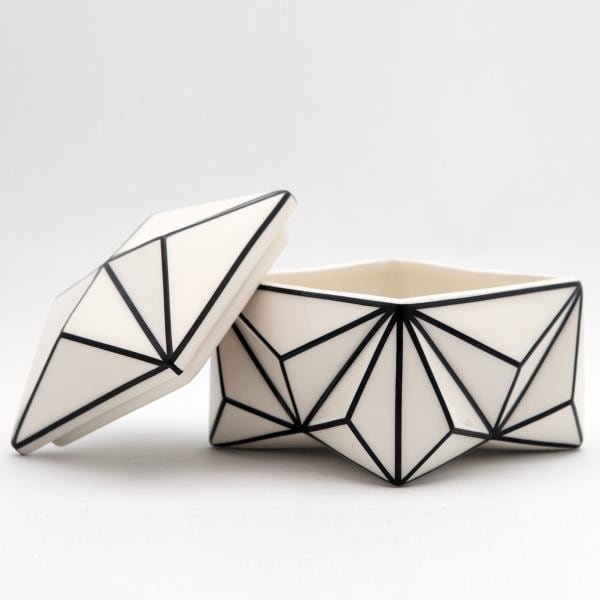 Crystalline box – no other object captures the spirit of Janák’s early cubist works better than this crystal-inspired box. Probably produced as a one-off, the box is a complex composition of angles, sharp points and folded planes. The thin black lines…
Porcelain & ceramics

This coffee set in a twelve-faced conical shape with angular in black dashed zigzag decor. The set includes a cup and saucer, sugar dish and a medium pot. We also sell the set by piece. Reproduction of the originals held…
Porcelain & ceramics

This coffee set in a twelve-faced conical shape with angular in red decor includes a cup and saucer, sugar dish and a medium pot. We also sell the set by piece. Reproduction of the originals held by the Museum of…
Porcelain & ceramics